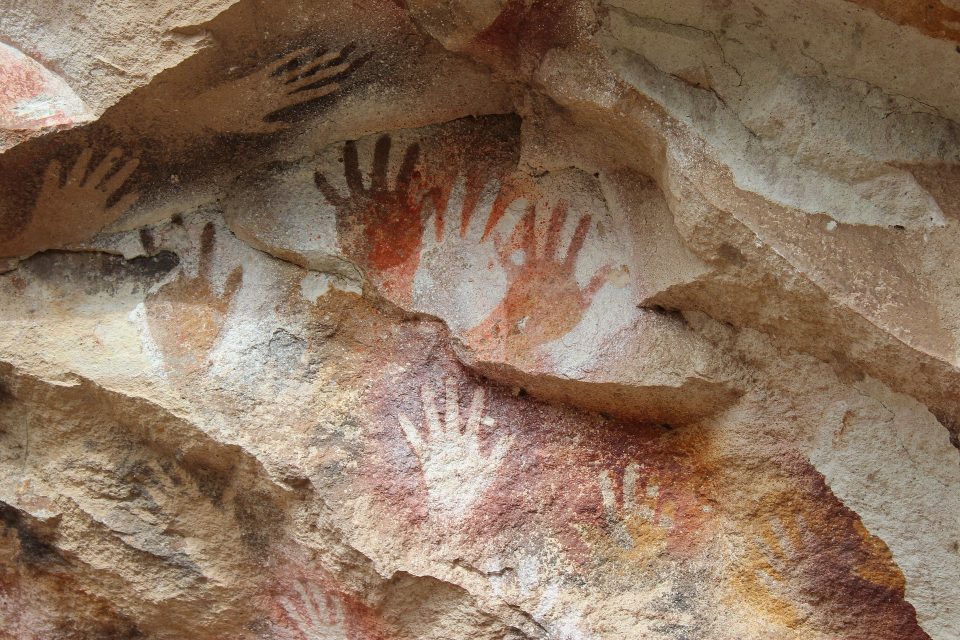 Art and communication is nothing new. 100,000 years ago human beings came out of Africa, spreading across the whole world, taking with them this amazingly complex brain that we all share today. A brain that drove us then and drives us now to communicate, explore and be creative.

We have been using art for thousands for years

Through the findings of archaeologists we now know that human beings have been using visual art to communicate for at least 40,000 years. Our prehistoric ancestors used the visual arts of drawing, painting, carving and sculpture to communicate their place in the world, how they felt about it and what they thought of it, just as we do today. We are all familiar with cave paintings but they also produced exquisitely drawn images on weapons, tools, and jewellery and produced sculptures. Jill Cook, Curator strikingly portrayed this in the 2013 exhibition at The British Museum called ‘Ice Age Art – arrival of the modern mind’ stating that it illustrates ‘the fundamental desire to communicate and make art as a way of understanding ourselves and our place in the world’. In the exhibition Jill Cook displayed prehistoric art work alongside modern works such as Picasso, Lucien Freud, Matisse and Henry Moore making the link between modern day humans and our ancient ancestors.

The first written language was logographic

Research is also starting to show that visual language predates verbal language, perhaps by many millions of years! (‘Solovki’s Erastz: on the evolution of the brain’ by Dan M. Mrejeru).

Creativity is instinctive and integral to us

Whatever the research, we know that creativity is instinctive and natural to us. Children readily create unabashed great works of ‘art’, splashing paint around happily with no embarrassment at all! It is only as our brains develop and we are guided through our education (formal and informal) as to what is important that the majority of us stop using creativity as a form of communication and self-expression. As we grow up we start to judge our creativity and be influenced by the judgement of others!

In her book, ‘The New Drawing on the Right Side of The Brain’, Betty Edwards comments that most of us stop our creative development around the ages of 9 or 10. Then when we draw as adults we draw childlike ‘symbols’ of what we are trying to capture. These are left brain symbols laid down early in our development. For example, if we draw a house, a cat or a person, our drawings can still have a child like quality to them.

What this also means is that we have limited our ability to communicate in a very important way. A way that unlocks a right brain perception of the world. A perception that is important for us to understand and value.