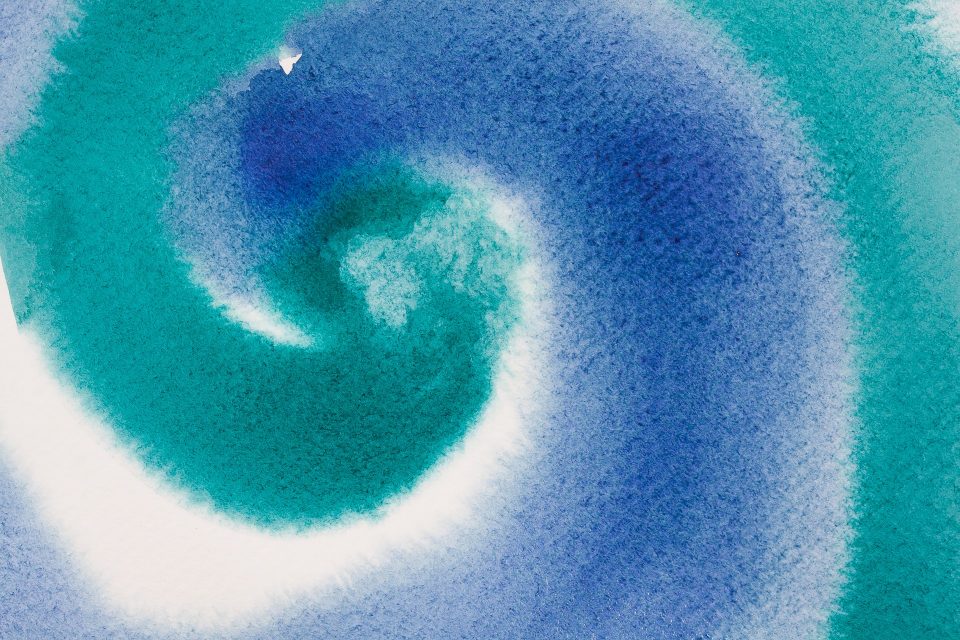 Art in coaching has an ability to create transformational shifts in perception, understanding and meaning. Coaching with art enables our clients to access a deeper level of awareness. An awareness that may be unconscious to them and may be really difficult to articulate. Art gives this part of us a voice and through working with our clients, exploring and connecting them to their image, they can experience significant shifts leading to lasting change.

One of my clients, Amelia, came to me for art based coaching. She wanted to make space for reflecting on where she was in her life. Amelia was at a cross roads and didn’t want to go back to how things were before. Amelia felt it would be easy to go backwards – it was a known space if not comfortable. Instead, Amelia wanted to move on and have a life that she really wanted. We contracted for four one hour sessions and due to Amelia’s busy life we had them over a 6 month period. Amelia created 5 images over the course of her coaching programme.

Throughout Amelia’s images there was a recurring theme of water and Amelia talked about having a fear of water. I remember her reflecting on one image where she said she felt that there was something really profound in it but she just couldn’t get it. The water was either something that Amelia needed to get over, something that had other fears emerging from it or something that was just within the image and couldn’t always be fully explained.

For Amelia her transformational shift happened in her last session. As part of the final session we were looking back across her images. Amelia focused on one of her images and felt strongly she wanted to change it; the image just didn’t feel right to her. This is Amelia’s final image and the rest I will leave to Amelia in her own words…

‘…I was struck by a thought that had an almost visceral impact on me “I want to be with M by the sea”. This felt incredibly strong and certain, and really took me by surprise!

‘There was an added sense of feeling like I was coming home. Coming home to the real me who has been missing presumed lost for a long time now. WOW – this is quite a profound realisation…maybe this is the reason that water has been a recurring theme in my images? Not because I am afraid of it, but because I want to be closer to it?’

When ever I am in contact with Amelia I hear about how much time they are spending by the sea.

I would like to say thank you to my client who has given me permission to share her case study. All names and some of the context has been changed to ensure my client’s confidentiality and privacy.